Simply Retired
Meteora
Well there goes another thing off my "Bucket List".  Meteora, located in the northwest end of The Plains of Thessaly consists of six monasteries  built high on the top of sandstone rock pillars.  Look on your map for a town called Kalabaka.

During the 9th century, a group of  hermit monks lived in the hollows and fissures of the rock towers, some of which reach 1800 ft above the plain. At first they lived a quiet, solitude life, meeting only on Sundays and special days to worship and pray together.

Access to the monasteries was originally (and deliberately) difficult, requiring either long ladders lashed together or large baskets used to haul up both goods and people. This required quite a leap of faith – the ropes were replaced, so the story goes, only "when the Lord let them break".

In the 1920s there was an improvement in the arrangements. Steps were cut into the rock, making the complex accessible via a bridge from the nearby plateau. During World War II the site was bombed and many art treasures were stolen. Those that are there include amazing artwork, artifacts, and important pieces of literature protected behind temperature controlled glass and include crosses and medallions from the 1500s,  elaborate tapestries depicting the life and death of Christ, Aristotle's works from 1498,  Plato's Complete Works from 1534, and four of the gospels written on parchment dated 1297.

Walking along the valley trail, my eyes ran up the sheer walls of the 1800 foot (550 metre) rock in front of us to the summit and I thought, “We’re going where?”  The Monastery of the Holy Trinity (where a scene from "For Your Eyes Only" was filmed - for you James Bond fans) required walking a stone path that took us to the 140 steps which cut through the mountain up, up, up to the top.  Unlike some of the other six monasteries at Meteora, where a few of the rooms have been turned into museums to preserve and showcase artifacts, this one was completely empty and gave us a sense of what life must have been like for the monks living here.  While the simplicity and a life of solitary away from worldly distractions would make it easy to get with God, life on a cliff would have its challenges. 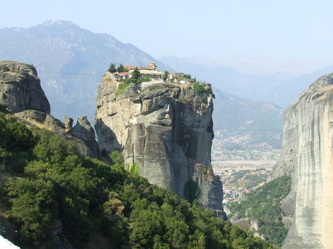 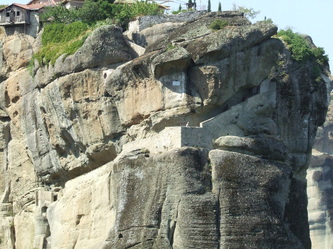 Here you can see the path of steps leading to the top.
In 1344, Greek monk, Athanasios Koinovitis brought a group of followers to Metéora where, he founded the great Meteoron monastery.  It was a perfect sanctuary as they were safe from the political upheaval and had complete control over the entry to the monastery.  Access to the monasteries was originally (and deliberately) difficult, requiring either long ladders lashed together or large baskets used to haul up both goods and people.

This required quite a leap of faith – the ropes were replaced, so we were told, only "when the Lord let them break".

Accessing the complexes are not as risky these days as they can be reached by roads, bridges, and stone stairways. 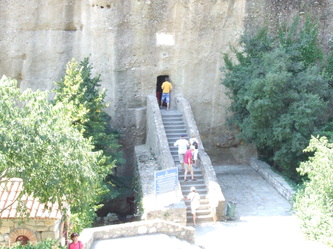 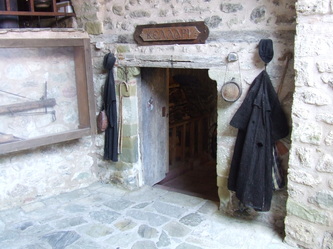 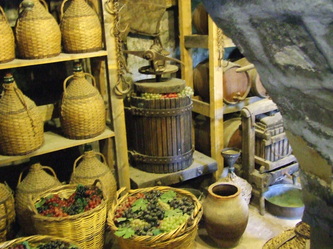 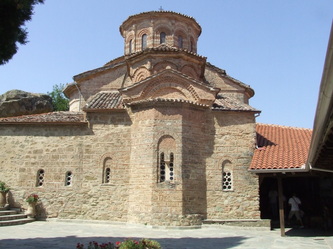 During the Turkish occupation the monasteries were not only religious centers but academic and artistic as well.  The monasteries attracted not only the deeply religious, but the philosophers, poets, painters and the deep thinkers of Greece.   Hmmm, who would have ever thought I'd be looking out over the hills and thinking about stuff, just like Plato.  OK, well maybe not quite like Plato. 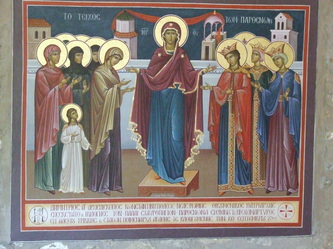 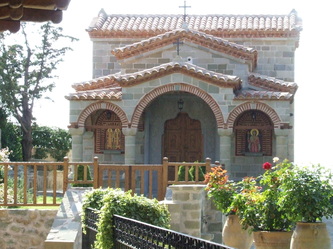 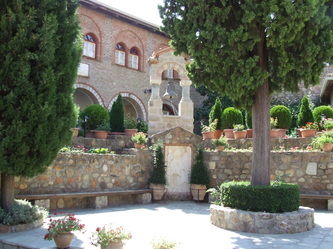 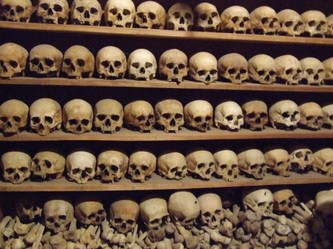 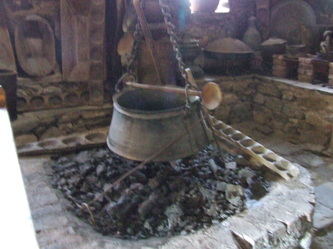 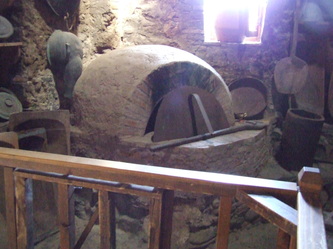 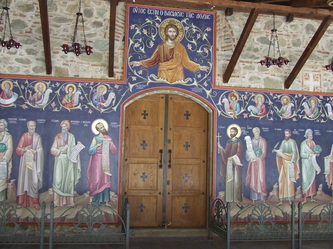 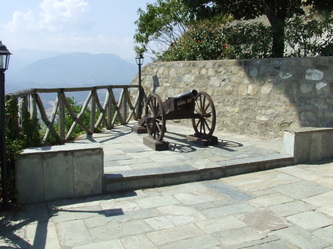