Located on a plateau on the side of Mt. Parnassus, Delphi is about 100 miles northwest of Athens. In Greek mythology Mt. Parnassus has a history similar to that of Mt. Ararat in Judaism. According to mythology, Zeus became angry because the world had become so corrupt so he sent a great flood to clear it and start over.  Deucalian and Pyrrha were chosen to build a boat and wait it out.  This is where the boat landed when it was over.


This is one of the most well-known spots of the ancient Greeks, who believed it to be the omphalos, or center of the universe.  It was here that Apollo defeated Pytho, a snake-like dragon that guarded the sacred ground, making it a major site where people went to worship Apollo.  The area was made famous by the Delphic Oracle which was believed to have the power to tell the future. 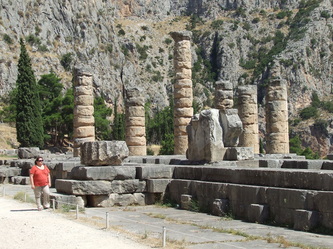 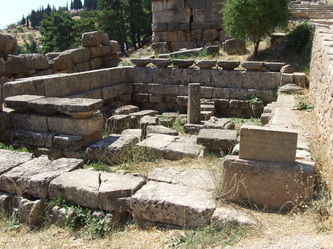 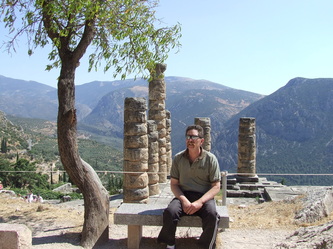 The Oracle of Delphi

The role of Oracle was filled by a woman.  She sat on the Sibylline Rock and breathed in the vapors from from an opening in the ground below.  It was from this source that the priestess, known as Pythia, fell into a trance and received her prophetic abilities.  Her words could have considerable influence of the politics and religion around Greece.  Most leaders consulted the Oracle before any major move and her advice was highly respected.

The power and influence of the Oracle eventually disappeared when Christianity become the dominant religion of Greece and people began to turn from the pagan cults.  Emperor Theodosius officially closed the temple in 393 CE.

An explanation for the Oracle's predictions might be the that the intoxicating fumes rising from fault lines beneath Delphi, were ethylene, which can produce a narcotic effect.  Sitting immersed in its vapors, its no wonder the women fell into a trance like state and were babbling incoherently. 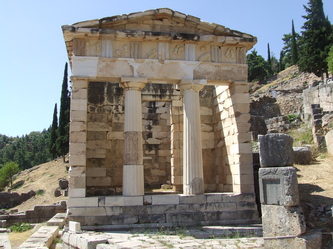 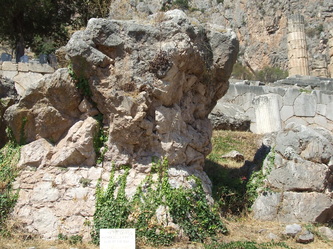 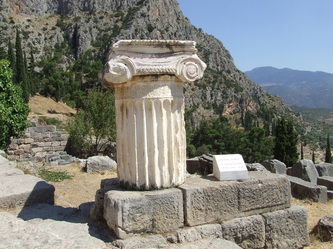 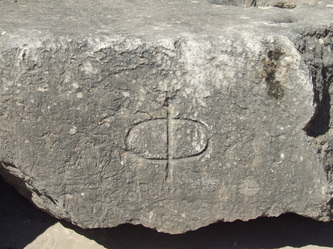 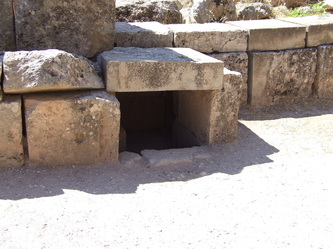 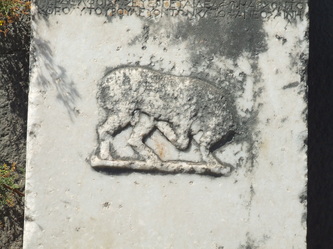 Along with Apollo’s Temple, there was also a temple dedicated to Athena where people could come and worship the goddess.  There were many other structures at Delphi aside from the temples, although very little remains today. There was a theater made of white marble, a stadium that held 7,000 people, a gymnasium, and open-air race tracks.   To commemorate Apollo's triumph over Pytho, the Pythian Games were organized every four years. 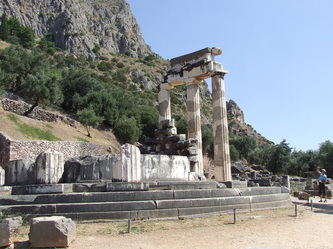 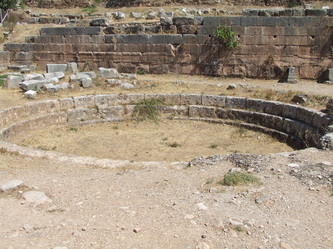 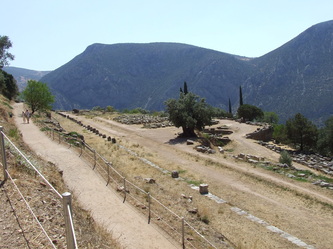 The picturesque village of Delphi offers wonderful restaurants as well as a variety of shops, and accommodations.  We sat overlooking the panoramic view at Taverna Vakhos where we were treated to an excellent meal of Moussaka and Lamb. 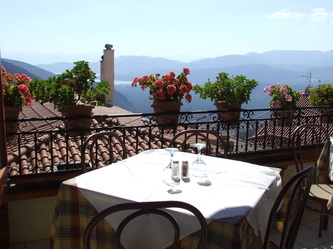 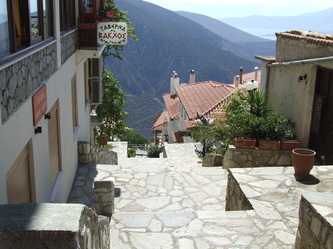 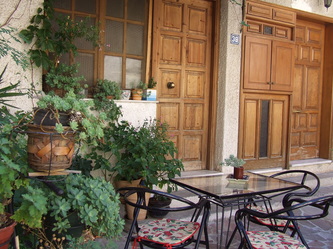 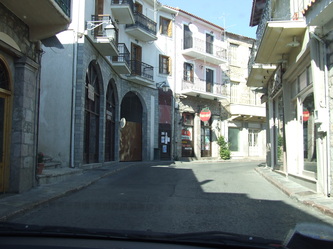 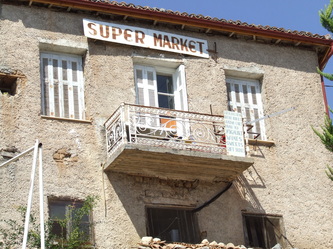 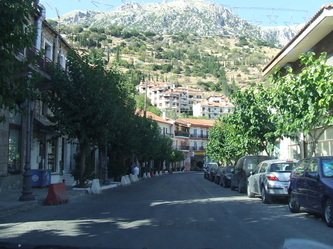